So, my union cavalry needs two regiments, I chose the first one to be the Benton Hussars, a formation raised in St. Louis, Mo. of european immigrants, mostly  liberal germans who fled after the 1848 resurgence of militant right wing monarchies... the unit borrowed uniform inspiration from the flashy light cavalry of Europe, but toned down a bit.  Still it is distinctive, and I think will look great as models.

First I did research 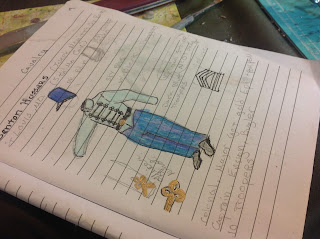 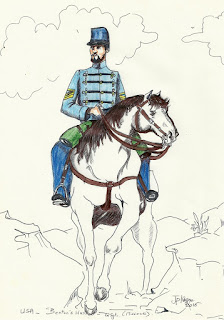 Not too many references, but Almark books and haythorthwaites Uniforms of the Civil war feature plates, short hussar style shell jacket, shoes, a sort of shako..
So, on to making a master model, this is kitbashed from toy soldier bits and sculpting with jb weld plumbers epoxy putty. 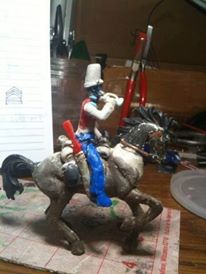 Posted by Brianne, You may call me Mistressyness at 12:23 AM

Brianne, You may call me Mistressyness
Hi! My partner and I live in Alaska, where I spend as much time at my casting and painting bench as I can...when I'm not sleeping late or sewing.